Nicholas John Roske is the zip-tie carrying suspect armed with a pistol and other items who is accused of threatening to kill U.S. Supreme Court Justice Brett Kavanaugh.

Roske’s name was released via an unsealed arrest affidavit. Online records say Nicholas Roske, 26, is from Simi Valley, California. A LinkedIn page in the name of Nicholas Roske of Simi Valley says that he worked as an office manager at a pest control company. He quit that company last year, according to VC Star, which added that he was on the cross country team in high school.

A criminal complaint accuses Roske of “attempts to kidnap or murder, or threatens to assault, kidnap or murder a United States Judge, to wit: a current Justice of the United States Supreme Court.” It outlines a number of items he’s accused of bringing with him to Kavanaugh’s neighborhood, including duct tape, zip ties, and a pistol. The suspect also goes by the names Nicholas Roske and Nick Roske.

The arrest comes on the heels of a Wisconsin judge being zip-tied and murdered in his own home by a man he sentenced years before and escalating threats against members of the U.S. Supreme Court. Threats against the court have been a rising concern since the leak of a draft memo that indicated the court, including Kavanaugh, may overturn Roe v. Wade.

That leak drove Roske’s anger; in addition, he was angry because he thought Kavanaugh would help loosen gun control laws after mass shootings, the affidavit alleges.

Kavanaugh is a conservative justice nominated by former President Donald Trump. He was confirmed after a bruising nomination battle that included 35-year-old allegations that he sexually assaulted a woman while he was in high school. He denied those allegations.

Through a spokesman, President Joe Biden condemned the suspect’s actions “in the strongest terms,” according to Fox News, which added that the president is advocating for greater protection for courts and judges.

1. Roske, Who Was Armed With a Pistol & Other Items, Is Accused of Saying He Was ‘Thinking of Giving His Life a Purpose’ by Breaking Into Kavanaugh’s Home & Killing Him, Courts Records Allege

The arrest affidavit says that, at 1:05 a.m., June 8, 2022, two United States Deputy Marshals saw “an individual dressed in black clothing and carrying a backpack and a suitcase” get out of a taxicab in front of Kavanaugh’s home.

Roske is accused of saying that he was “thinking about how to give his life a purpose and decided that he would kill the Supreme Court Justice after finding the Justice’s Montgomery County address on the Internet.”

The affidavit alleges that, when Roske got out of the taxicab that stopped in front of Kavanaugh’s residence, he looked at two deputy U.S. Marshals who were standing next to their parked vehicle and then turned to walk down the street.

Shortly thereafter, a man who said he was Nicholas John Roske called the Montgomery County Emergency Communications Center and said he was “having suicidal thoughts and had a firearm in his suitcase,” according to the allegations in the complaint.

GettySupreme Court nominee Brett Kavanaugh is sworn in to testify before the Senate Judiciary Committee on Capitol Hill on September 27, 2018 in Washington, DC.

He told the call taker he came from California to “kill a specific United States Supreme Court justice,” the court records contend.

Roske “further indicated that the had purchased the Glock pistol and other items for the purpose of breaking into the justice’s residence and killing the Justice as well as himself,” the affidavit says.

Montgomery County police told The Washington Post that they responded to a call for service near Kavanaugh’s home in Chevy Chase, Maryland, and arrested the suspect.

They believe he “came in from out of state with the intent to kill Kavanaugh,” Shiera Goff, spokesman for the department, told The Post. He was in the area between 1:14 and 1:45 a.m. on June 8, according to Goff.

The suspect did not make it inside Kavanaugh’s home. It’s not clear whether Kavanaugh or his family members were inside the home at the time.

Roske appeared for an initial appearance in U.S. District Court in Greenbelt at 3 p.m. June 8, according to a press release from the U.S. Department of Justice, announcing the charges. He faces a maximum penalty of 20 years in federal prison.

According to CNN, he told the judge he had taken medication he did not specify.

2. Nicholas Roske, Who Is From California, Was Upset About the Leak of the Roe v. Wade Draft Opinion & Believed That Kavanaugh Would Side With Decisions That ‘Would Loosen Gun Control Laws,’ Authorities Say 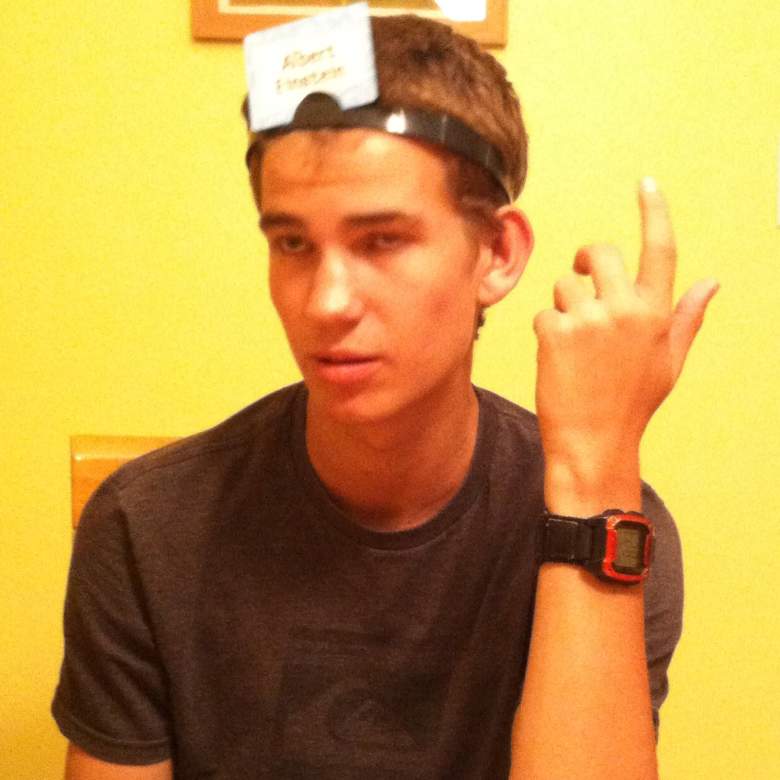 Roske told authorities he was “upset about the leak of a recent Supreme Court draft decision regarding the right to abortion as well as the recent school shooting in Uvalde, Texas,” the affidavit says. “Roske indicated that he believed the Justice that he intended to kill would side with Second Amendment decisions that would loosen gun control laws.”

At 1:42 a.m. Montgomery County Police Department responded to a call for service in the area of Supreme Court Justice Brett Kavanaugh’s home in Chevy Chase, MD. An adult male from California was taken into custody by Montgomery County Police and transported to a Montgomery County police station. The case was transferred to the FBI. We are not able to release any identifiers on the suspect or whether he had a gun, that information will be provided by the FBI.

The recent mass shootings in the United States have included the elementary school shooting in Uvalde, Texas, and a mass shooting at a Buffalo, New York, grocery store.

A person who knew Roske in high school told Heavy, “None of his high school friends can believe it. He’s a good person,” before declining to speak further.

3. Roske, the Son of an Educator & Insurance Agent, Was Carrying a Backpack & Suitcase With Zip Ties, a Crow Bar, a Pistol & Other Items, Authorities Say

The affidavit says that authorities searched Roske’s suitcase and backpack and found the following items: A black tactical chest rig and tactical knife, a Glock 17 pistol with two magazines and ammunition, pepper spray, zip ties, a hammer, a screwdriver, nail punch, crow bar, duct tape, hiking boots with padding on the outside of the soles, and other items.

Roske’s father Vernon Roske is an insurance agent, according to his LinkedIn page, and his mother works in special education, GovSalaries reports. Her Facebook page was deleted shortly after the incident; there were not any visible political posts on it.

Journalist Karol Markowicz tweeted, “I can confirm the man taken into custody outside of Brett Kavanaugh’s house last night is a 26 year old white male with a California driver’s license. Previous address in Seattle.”

Online records do indicate that Roske previously lived in a Seattle apartment.

On Facebook, where the suspect went by the name Nick Eddie Roske, he posted only a few pictures of himself. No political posts were visible. One of the 64 people on his friend’s list confirmed that Nicholas Roske used the name Eddie in high school and was the same person as the suspect pictured above. On Facebook, the suspect indicated an interest in the America’s Army videogame, Minecraft, and Stephen King.

4. Authorities Began ‘Heightened Security’ at the Justices’ Homes in May 2022

GettyNicholas Roske with his parents and sister.

Maryland’s Governor Larry Hogan wrote in a statement posted to his Twitter page that the Supreme Court Justices have had heightened security at their homes since May 2022. He wrote:

Early this morning, I was briefed on an incident that occurred near the residence of Justice Brett Kavanaugh and his family. I want to thank the US Marshals Service and Montgomery County Police for acting quickly to apprehend the suspect and prevent him from causing any harm. Maryland State Police and the Maryland Coordination and Analysis Center are providing assistance with the investigation.

The heightened security at the homes of the justices began after a request Governor Youngkin and I made to Attorney General Garland last month. We will continue to partner with both federal and local law enforcement officials to help ensure these residential areas are secure.

My statement regarding the incident near the residence of Justice Brett Kavanaugh: pic.twitter.com/AmLeH4NXFt

I call on leaders in both parties in Washington to strongly condemn these actions in no uncertain terms. It is vital to our constitutional system that the justices be able to carry out their duties without fear of violence against them and their families.

In May, Axios obtained an internal Department of Homeland Security memo that discussed rising threats against SCOTUS in the wake of the Roe v. Wade leak.

The threats, that also targeted politicians and others “are likely to persist and may increase leading up to and following the issuing of the Court’s official ruling,” Axios reported, quoting the memo.

The memo reported that threats were coming from people both opposed to and supportive of abortion.

“Some racially or ethnically motivated violent extremists’ embrace of pro-life narratives may be linked to the perception of wanting to ‘save white children’ and ‘fight white genocide,'” the memo said, according to Axios.

“…the memo warns that this time, extremist acts could come from abortion-rights proponents as well,” Axios reported.

NBC News also obtained the internal memo and reported that the National Capital Region Threat Intelligence Consortium “has identified at least 25 violent threats on social media that were referred to law enforcement agencies for further investigation” since May 2, 2022.

“Some of these threats discussed burning down or storming the U.S. Supreme Court and murdering Justices and their clerks, members of Congress, and lawful demonstrators,” the memo said, according to NBC, which reported that “the authors also noted several social media accounts that encouraged violence at abortion-rights rallies…”

In Madison, Wisconsin, in early May 2022, a group that supports overturning Roe vs. Wade was firebombed. “If abortions aren’t safe, then you aren’t either,” a message was scrawled on the wall by a group calling itself Jane’s Revenge. In early June, a Christian pregnancy center that opposes abortion was the target of arsonists who wrote “Jane was here,” Fox News reported.

5. Protests Have Occurred Outside Kavanaugh’s Home

~100 protesters showed up at Kavanaugh's and Roberts' homes in the rain tonight and held their ground. #bansoffourbodies https://t.co/lW1Pc1DRuR

Protests have ignited outside the home of Kavanaugh and other justices in the wake of the draft opinion’s leak.

“~100 protesters showed up at Kavanaugh’s and Roberts’ homes in the rain tonight and held their ground. #bansoffourbodies,” wrote the Twitter page ShutDownDC after one such protest.

READ NEXT: Kaitlin Armstrong: Texas Woman Sought in Murder of Pro Cyclist Who Had Dated Her Boyfriend