The Indiana Pacers gave Lance Stephenson a great four first year in the NBA and now Stephenson has decided it’s time to move on to the next chapter of his career. On July 16, Stephenson announced his move to the Charlotte Hornet where he will spend the next few years.

Indiana Pacers team owner Herb Simon offered Stephenson a five-year, $44 million deal which he thought would be plenty to keep him at Indiana, but he fell short.

We made him a wonderful offer and they didn’t think it was enough, so it’s a simple situation.”

When the Hornets offered him more bucks and less years to be tied down, Stephenson jumped on it. However, before they offered the deal to Stephenson, they were after restricted free agent Gordon Hayward of the Utah Jazz. They offered him a 4-year, $63 million deal, but he declined before choosing to sign with the Miami Heat.

2. He Has Only Played For the Pacers Before This

Stephenson was drafted with the 40th overall pick in the 2010 NBA Draft by the Indiana Pacers and has helped them to 3 playoffs in the meantime.

This past season, Stephenson was a vital part of the team with 13.8 average points per game, 4.6 assists and 7.2 rebounds to round out his best year yet in the NBA. The 23-year-old also helped the Pacers to the Eastern Conference finals where they fell to the Miami Heat.

Pacers teammate Roy Hibbert instagrammed a photo of him and Stephenson when he found out the news with a caption:

Stephenson was offered a five-year, $44 million offer from the Pacers while the Hornets offered him a 3-year $27 million deal, so on the Hornets he will be paid $9 million a year. This will add up to $1.36 million more than if he stayed with the Pacers.

4. He Will Get to Free Agency 2 Years Quicker With the Hornets

Besides the 2.22 percent salary increase per year, Stephenson has two less years on his contract with the Hornets than with the deal offered by the Pacers. This allows him to slip into free agency 2 years earlier, allowing him to become an attractive agent by 2017 when the salary caps grow exponentially.

5. Teams Were Skeptical About Giving Him a Contract Because His Behavior

In Lance’s final season on the Pacers he accumulated the third highest number of technicals in the NBA with 14 fouls. He even got into a fight with his own teammate, Evan Turner during practice prior to a playoff game against the Atlanta Hawks in the first round of the playoff series.

Back in high school at Abraham Lincoln High School in his hometown of Brooklyn, he was accused of sexually abusing a 17-yea-old girl and ended up with a charge for a Class B misdemeanor, according to Dorian Block of the New York Daily News.

However that was just the beginning of his charges. Stephenson was arrested for domestic violence when he pushed his girlfriend down the stairs in 2010, but the case was dismissed after.

And of course everyone remembers the incident during the playoffs when Stephenson tapped LeBron in the face and blew in his ear. His maturity has become highly questionable after mounting circumstances. Watch the video above to see the incident with LeBron.

But he has become somewhat toxic in the eyes of those giving out contracts in the league. Just two months ago, the question was not whether Stephenson would get $40 million-plus, but simply a matter of which team would give it to him and whether the Pacers would match.

“My mistakes were really bad and I regret it. At the same time, I learned from them. I learned to keep my distance from things that could get me in trouble and sacrifice my career.” 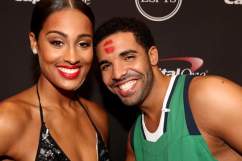 WATCH: Drake’s Songs and Skits in the 2014 ESPYS