On Saturday, Donald Trump suggested that Hillary Clinton take a drug test before the third presidential debate, which is scheduled to take place on Wednesday, October 19. But Trump’s erratic behavior and rambling speeches have sparked rumors an allegations of the Republican candidate’s own alleged drug use at least since July of this year.

Is there any truth to the rumor that Donald Trump uses drugs? Here’s what you need to know.

1. Trump Claims That He Lives a Drug-Free Lifestyle

Despite the fact that his business ventures have included selling Trump-branded wine and vodka, Trump himself said that he has never consumed alcohol — or smoked cigarettes or ingested recreational drugs.

“If you don’t drink and you don’t do drugs, your children … are going to have a tremendously enhanced chance of really being successful and having a good life,” Trump has said. “The world is so tough and it is so competitive that you can’t put yourself, as a child, or even as a parent, if you want that child to be successful, at a disadvantage of letting them drink or letting them take drugs because it is not going to work.”

2. His Brother Was an Alcoholic

Trump’s older brother, Fred Trump — called “Freddy” — was an alcoholic who died in 1981 at the age of 43, of symptoms reportedly cause by his excessive alcohol intake. The experience taught Donald Trump the dangers of subtle abuse, he has said.

3. Allegations of Trump’s Drug Use First Surfaced 24 Years Ago

Despite Trump’s claim that he lives a clean, drug-free lifestyle, rumors that he abused certain types of drugs have circulated for more than two decades. In a February, 1992, Spy Magazine story, investigative reporter John Connolly unearthed a medical record that appeared to show that Trump had visited a New York doctor named Joseph Greenberg who, Connolly reported, was a physician to the stars known for prescribing diet drugs to celebrities — including Trump, Spy Magazine reported.

According to the story, which was revisited by the site Gawker this summer, Greenberg diagnosed Trump with “metabolic imbalance,” which despite not being an recognized medical condition, gave Greenberg a pretext to prescribe Trump a drug called Tenuate Dospan, or diethylpropion, which according to the site Drugs.com, “may impair your thinking or reactions… (and) may also cause restless feelings that can hide the symptoms of extreme tiredness.”

In other words, the drug acts like an amphetamine.

The medical site WebMD says that patients should not use diethylpropionm for more than “a few weeks at a time.” But according to the findings in Connolly’s 1992 story, Trump may have used the drug for a period of at least three years, from 1982 to 1985, the period during which he was Greenberg’s patient.

4. More Allegations Of “Cheap Speed” Use Surfaced This Year

In July, Gawker reported what it called “a rumor” that Trump’s abuse of amphetamine-like diet pills did not end in the 1980s,, when he stopped seeing Dr. Greenberg.

According to Gawker reporter Ashley Feinberg, publishing the piece on July 1, “according to our source, the Donald Trump of today is on a diet drug called phentermine — and has been since at least April of 2014.”

Phentermine is also known more informally as “Fen-Phen,” which combined the drug with another, fenfluramine, and was marketed as a “miracle” weight loss drug. But Fen-Phen was pulled from the market by the Food and Drug Administration in 1997, after it was found to have potentially deadly side-effects, damaging a user’s heart muscle.

Dean had no evidence that Trump actually used cocaine, and others listed any number of possible, non-drug-related causes for the sniffing behavior, ranging from an allergy attack to a nervous tic on Trump’s part.

After the second debate, however, when Trump’s deep sniffs continued — as shown in the video above — Star Wars actress Carrie Fisher, who has spoken and written widely of her long battle with substance abuse, again declared that Trump’s sniffing was the result of cocaine use.

“I’m an expert and ABSOLUTELY,” Fisher wrote on her Twitter feed, in response to a question about whether Trump’s sniffles resulted from cocaine use. 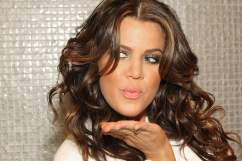 Loading more stories
wpDiscuz
4
0
Would love your thoughts, please comment.x
()
x
| Reply
Allegations that Donald Trump uses drugs have circulated through much of the 2016 Presidential Campaign. What are the facts?