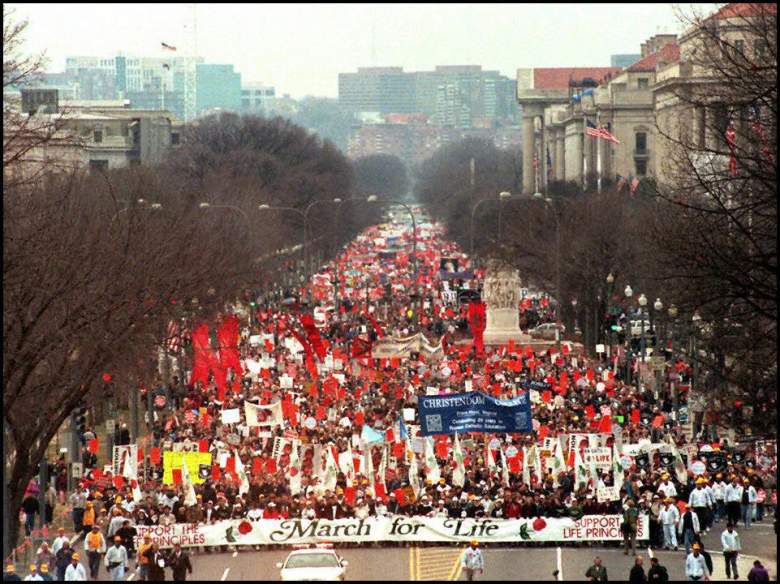 The March of Life demonstration on the 24th anniversary of Roe v. Wade. (Getty)

Nellie Gray was the founder of the March For Life, a demonstration in Washington, D.C. against abortions. It is typically held on or near the anniversary of the landmark Roe v. Wade Supreme Court decision, which made it legal for women to have abortions.

This year’s March For Life comes just days after President Donald Trump signed an executive order to block U.S. aid to foreign groups that even discuss abortions. It revived a “gag rule” that was first put in place by President Ronald Reagan.

Here’s a look at Gray’s life and career.

Gray was born on June 26, 1924 in Big Spring, Texas. On the day after she turned 20, she enlisted in the Woman’s Army Corps (WAC) during World War II after enlisting at Camp Bennett, Texas.

In a 2010 interview with Catholic News Service, Gray, a Roman Catholic, explained how her World War II experience later influenced her position against abortion.

“After fighting against evil in World War II, I get very upset that we have Americans trying to justify abortion,” she told Catholic News Service. “Somehow a juggernaut of evil has grown in this country, including Catholics who vote for pro-choice candidates. We will never win this fight until this juggernaut is exposed and eliminated. I just don’t know how we’re going to do it.”

Gray also told Catholic News Service that she wasn’t born a Catholic, but “I had elements of the Catholic faith in my life.” She explained that a chance meeting with a priest helped her decide to join the Catholic Church. 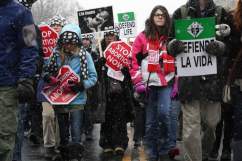 2. Gray Established the March For Life Education & Defense Fund to Organize the March

On January 22, 1974 – the one-year anniversary of Roe v. Wade, Gray led the first March For Life event. She didn’t just organize a march though. She created the March For Life Education & Defense Fund. The group’s vision is “A world where every human life is valued and protected.”

According to the organization’s website, Gray first held a meeting at her home in Washington D.C. in October 1973 with 30 other pro-life leaders. It was at that meeting that the idea for the March for Life was born.

“There was a fear that January 22 would pass as any other day rather than allow for a moment to reflect upon how legalized abortion had hurt women and taken babies’ lives over the course of the year. That was the day that plans for the first March for Life began,” the group’s site reads.

In a 2005 interview with The Christian Post, Gray said that churches play a major role in the rallies each year.

“Everybody is trying to say we are imposing our religion, but we are actually just following our religion and American patriotism,” she told the Post. “God almightily created man and woman in his own image, and we recognize that. The United States Constitution recognizes that the human being is endowed with a right to life, and of course the churches must be involved in this. We must carry out our patriotism and our love of God almighty through such events.” 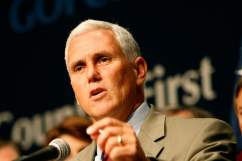 3. Gray Worked for the Federal Government for 28 Years & ‘Came Out of Nowhere’ After Retirement

After World War II, Gray attended Georgetown University Law School, where she earned a bachelor’s degree in business and a master’s degree in economics. Before graduating, she got a job at the Departments of State and Labor and eventually worked as a lawyer for the department. After the Roe v. Wade decision, she retired from practicing law to devote the rest of her life to fighting abortion, notes her New York Times obituary.

“Nellie Gray is one of the pioneers and heroes of the pro-life movement in the United States,” Dr. Jack Willke, the founder of the National Right to Life Committee, told CNSNews.com in 2012. “She sort of came out of nowhere after her retirement as a government employee and began an annual March for Life in Washington, D.C. And that was her total thrust. But it became an annual major show of force – I guess you could say – of interest, of concern for the entire nation.”

The last March For Life hheld before her death in 2012 attracted 400,000 marchers. Willke said Gray was responsible for expanding the number of Americans who are anti-abortion. “Today, it’s over 60 percent– and it’s increasing. And the reason it’s increasing is that young people have changed their minds (about abortion),” he told CNSNews.com in 2012.

According to the most recent Gallup poll, 50 percent of those polled think abortion should be legal “only under certain circumstances.” Just 19 percent believe that it should be “illegal in all circumstances.”

Donald Trump on Abortion: Tells MSNBC Women Should Be Punished

4. She Thought That There Was Absolutely No Reason for a Woman to Have an Abortion & That Live Started at Conception

Gray insisted that there was no reason for a woman to have an abortion, including in cases of rape, incest, severe deformities of the fetus or to help the woman’s life. Her supporters yelled “No exception! No compromise!” during their rallies.

As Life Site News points out, Gray said in a 1994 EWTN TV interview with Mother Angelica that there should be no exceptions to allow abortion in any case. She said that exceptions divided the pro-life movement.

“When we found legislation making exceptions first for the life of the mother, rather than putting in there equal care for both the mother and the pre-born child, they (pro-life leaders and others) were actually saying that someone had the authority to kill an innocent child,” Gray explained to Mother Angelica. “Then you know what happened, once they made that one exception for the life of the mother, abortionists came along and put an exception for rape and incest and deformed children. And once those principles were violated, then unfortunately it was extremely difficult to make the abortionists understand that killing an innocent human being is not within the scope of either the moral or the secular law, and it is because of that… those exceptions divided the various organizations.”

In that same interview, she said that the U.S. had forgotten the “principles” of the Nuremberg Trials by allowing abortion. “If we applied the same principles to ourselves, we would stop abortion overnight,” she said. 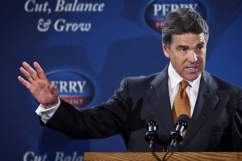 5. She Pulled an Award She Gave to Surgeon General C. Everett Koop After He Said He’d Tell a Woman With AIDS She Could Get an Abortion

March For Life gave Dr. C. Everett Koop, the Surgeon General under Presidents Ronald Reagan and George H.W. Bush from 1982 to 1989, an award in January 1987. Two months later, the group rescinded the award because of Koop’s policies to stop the spread of AIDS, even though he personally was against abortion.

While most members of the Reagan Administration avoided talking about AIDS, Koop fought the spread of the disease by going on radio and television talk shows and promoting the use of condoms. “Advertising condoms in a tasteful way is a lot different than throwing them from a Mardi Gras float in New Orleans,” Koop told the New York Times in 1987. “Kids aren’t dumb – they know about these things… If you go to a drugstore to get a pack of gum, you’ll see a box of condoms next to it.”

UPI reported in March 1987 that Koop said at the National Press Club that he would tell a pregnant woman who tested positive for AIDS to get an abortion. “If you wanted to give her all the possibilities that were available to her, you would have to mention abortion,” Koop said.

That comment got Koop on the March For Life’s bad side. Gray instantly revoked the Life Award For Outstanding Service it gave Koop.

“It is regrettable that today I must revoke the ‘life award,’ which we had been proud to present to Dr. Koop,” Gray told UPI. “But this action is necessary to let Dr. Koop and the world know that killing an innocent born or pre-born human being is never an option, which may be suggested anywhere for any reason.” 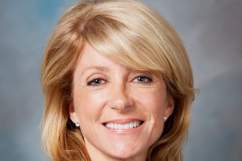 Loading more stories
wpDiscuz
0
0
Would love your thoughts, please comment.x
()
x
| Reply
The late Nellie Gray was the founder of the March for Life, an annual anti-abortion march in Washington D.C., timed for the anniversary of Roe v. Wade.