The search for a missing University of Iowa student entered its eighth day on July 26, with investigators examining technology, including her FitBit, while continuing a ground search around the area where she was last seen. Mollie Tibbetts, 20, vanished from Brooklyn, Iowa, where she was dog-sitting at her boyfriend’s brother’s house. She was last seen jogging on the evening of Wednesday, July 18, and sent messages from her phone to her boyfriend and mother later that night. She was reported missing after she didn’t show up for work at a daycamp on July 19.

Authorities have said they are treating Tibbetts’ disappearance as a missing persons case, but have not ruled out an abduction. Brooklyn is a city of about 1,400 people in eastern Iowa, located midway between Des Moines and Cedar Rapids. The community has rallied around Tibbetts’ family as the search continued into the weekend, posting signs and handing out flyers throughout the area.

Her family said she would never go off the grid and run away. “No, absolutely not. Mollie would never run off. I last spoke with her at 7:30 p.m. Wednesday night about what was for dinner. I told her brats. She said, ‘ok,'” her mother, Laura Calderwood, told KWWL-TV. Her aunt, Kim Calderwood, told the Des Moines Register, “It’s frustrating; it’s powerless. We’re racking our brains, thinking what can we think of to tell the investigators. It’s the worst thing … to want to fix something you can’t fix.”

Tibbetts is 5’3″ tall and weighs 120 pounds, with brown hair and brown eyes. She was possibly wearing running clothes, like gym shorts, running shoes and a sports bra or high school athletic T-shirt, or could be in her work clothes, denim shorts and a red T-shirt. Anyone with information is asked to call the Poweshiek County Sheriff’s Office, at 641-623-5679.

Here are the latest updates in the investigation:

The FBI has joined the investigation along with state and local authorities. In the most recent development, authorities said they obtained FitBit data from Tibbetts’ device. Her boyfriend, Dalton Jack, has said that Tibbetts, an avid runner, wore the FitBit all the time. A FitBit is a wearable activity tracker that uses wireless technology to measure data like the number of steps walked, heart rate, sleep quality, steps climbed and other fitness metrics. The FitBit also could have the ability to track location using GPS.

Authorities have said they are examining Tibbetts’ devices, including the FitBit and her phone, along with her social media, email accounts and other digital activity. Mitch Mortvedt, assistant director of the Iowa Division of Criminal Investigation, said that they were able to obtain data from the FitBit that will be useful to the investigation, but did not provide details about that data, according to the Des Moines Register.

“We are getting a lot of information back from that process. We are very hopeful with the electronic data we are getting back,” he told the newspaper. “We are relying on the FBI heavily because it’s an ever-changing world in technology. He added that with each day that passes, an abduction becomes a larger possibility, telling the newspaper, “We haven’t ruled anything out, but it’s been a week so it’s more and more suspicious to us.”

Mortvedt told CNN about the use of the FitBit data, “This is a new arena for us. That’s part of the reason we called the FBI in. It’s probably pretty new to them, too. I don’t know of another case here in Iowa where we have used specifically Fitbit info.”

He told ABC News, “For a 20-year-old to go missing and completely kind of fall off the grid as far as social media, cell phone, banking activity, that kind of thing — it’s obviously a very suspicious and very serious matter. “She’s very well-connected through social media, cellphone, exercise equipment, so we are trying to use that, obviously, to our advantage to gain any information that we can.”

Poweshiek County Sheriff Thomas Kriegel told ABC News, “We do believe that there’s going to be some useful information [from the Fitbit data] but [we are] not willing to share that.”

Mortveldt told The Cedar Rapids Gazette that investigators have received data from several search warrants filed earlier in the investigation. “It’s been described to me as a massive amount of data that’s coming in from our search warrants. And we have no real time frame as to how long it will take to sort through all of it, but it is going to take some time.”

He added, “We’re following up on everything. We’re sending people all over the place as tips come in and leads are developed. No one has been taken into custody. Numerous individuals have been interviewed and investigators have conducted several interviews while in the field, but no one has been detained.”

He told The Gazette, they are “hopeful the data will be useful, but it’s too early to tell.”

Tibbetts’ Boyfriend Has Been Ruled Out as a Suspect

Police said on July 25 that Dalton Jack, Mollie Tibbetts’ boyfriend, is not a suspect in the case and has been cooperating from the start. Jack, who has been dating Tibbetts for nearly three years after they met in high school, was out of town in Dubuque, Iowa, with his brother and his brother’s fiance at a job site. He works for his brother’s construction company. Jack is believed to be one of the last people to hear from Tibbetts. He has said she sent him a Snapchat photo about 10 p.m.

Dalton Jack told WOI-TV he is staying optimistic and believes Tibbetts will be home soon. “This is not like her. If this is her running off, nobody would’ve seen it coming. Nobody in the world. Not her family, not me, nobody would’ve ever guessed that she just take off and not tell anybody.

Jack told ABC News, “She probably has on her Fitbit because she never takes it off. She uses it for the sleep tracker and for all her runs and everything,” he said. “She probably has her cell phone, but it’s either off or dead, and we’ve tried calling it obviously and it goes straight to voicemail.”

Her cousin, Emily Heaston, said police searched the home where Tibbetts had been staying. “Everything is right where she left it. Wallet, laptop, everything else was all right where she last placed it,” Heaston told KWQC-TV.

Heaston said Tibbetts had been looking forward to her second year of college and has a trip planned for next week. “Mollie had just been asking me this week for furniture for her apartment at school for the upcoming academic year. She had a trip planned to the Dominican Republic for next week,” Heaston, who said she is “like a sister” to Tibbetts, told the news station. She added, “I’m trying not to imagine the worst, but I’m so scared that someone took her.”

Tibbetts’ mother told ABC News that her daughter and her boyfriend’s trip to the Dominican Republic is for his brother’s wedding. “She and her boyfriend Dalton were getting ready to go to the Dominican Republic on August 2nd to attend Dalton’s brother’s wedding,” Laura Calderwood told ABC News. “As that date gets closer, it’s like closing in on me, because I’m thinking about these two people that are getting married that were also really close to Mollie. [It’s] supposed to be the happiest day of their life.”

Her co-worker and friend, Emily Fenner, told CrimeOnline, “She’s an incredibly responsible, intelligent person. When she didn’t come to work on Thursday & didn’t call in I proceeded to get ahold of her boyfriend, who was in Dubuque for work & hadn’t heard from her either. That’s when we got the ball rolling & called authorities.”

Fenner added, “She’s an avid runner and usually goes in the evening once it cools off. At first we thought maybe something happened to her while on a run, but because the day camp shirt she was supposed to wear on Thursday is missing, now they’re thinking maybe something happened Thursday morning. So basically she’s probably either in running tights & sports bra or a red short & denim shorts.”

Police also said Tibbetts’ two brother have also been ruled out as suspects.

Investigators Searched a Hog Farm About 15 Minutes Outside of Brooklyn Along With Other Areas, Including Cornfields

Investigators have returned to areas searched by volunteers on the days right after Tibbetts was reported missing to more expertly comb the area. Those areas include cornfields. A hog farm in Guernsey, Iowa, about 15 minutes from Brooklyn, according to KCRG-TV. Authorities also searched several other places in Poweshiek County, but those searches and the farm search have not yielded any results, the news station reports.

Mortveldt, of the Iowa Department of Criminal Investigation, told the Des MoineS Register that forensic experts from the FBI and DCI are combing areas she frequently runs to look for evidence. “She is a creature of habit and went the same routes, so we’re going back and covering those areas and interviewing people again,” Mortvedt told the newspaper.

The rural area has made the search more difficult. Sheriff Kriegel told ABC News, “We’re surrounded by farm ground: corn and soybeans. Right now the corn is probably eight, nine feet tall. The only way you can search it is basically walk down every other row. It’s difficult. Even the planes flying over have a difficulty looking down in the corn rows.”

Police are also looking at any surveillance video around Brooklyn that they can find. The FBI has sent as many as 15 agents to assist in the search. “In my morning brief this morning, I have been told there’s more on the way,” Tibbetts’ mother, Laura Calderwood, told CNN.

Police have asked anyone with information to contact the Poweshiek County Sheriff’s Office at 641-623-5679 or email tips@poweshiekcosheriff.com You can read more about Mollie Tibbetts here. 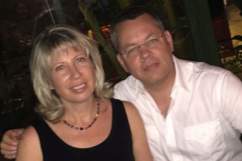 Loading more stories
wpDiscuz
0
0
Would love your thoughts, please comment.x
()
x
| Reply
Mollie Tibbetts has been missing in Brooklyn, Iowa, since July 18. Police have now obtained data from the University of Iowa student's Fitbit, according to their latest update.