Rod Wheeler, the private investigator who alleged and then recanted allegations about murdered DNC data analyst Seth Rich has a history of making controversial statements on Fox News.

He also has a checkered employment history as a Washington D.C. police detective and a background in food security issues. Wheeler has stepped back from the Fox 5 account he initially gave, now telling Fox News that he had no personal knowledge of whether Rich emailed WikiLeaks and said, “I don’t know for sure, I don’t know as a matter of fact if the emails went out to the Wikileaks or anybody else.” He told Buzzfeed that the Fox 5 account was not accurate.

On August 1, Wheeler filed a federal lawsuit against Fox, the reporter on the story, and a Dallas wealth manager named Ed Butowsky. The lawsuit claims that Donald Trump and Sean Spicer were involved in pushing the story and that Wheeler’s quotes were fabricated to shift the narrative on Trump and Russia to WikiLeaks and Rich. Fox News says the retraction of the story remains under investigation but denies the network purposely tried to change the Trump/Russia narrative.

The family of Rich, who was shot to death on a Washington D.C. street in 2016, has issued a statement pushing back at Wheeler’s claims. Rich’s slaying, which is unsolved, has sparked a slew of unproven conspiracy theories because of his DNC employment.

According to the New York Times, the Rich family is demanding retractions from Fox.

“On May 16, a story was posted on the Fox News website on the investigation into the 2016 murder of DNC Staffer Seth Rich. The article was not initially subjected to the high degree of editorial scrutiny we require for all our reporting. Upon appropriate review, the article was found not to meet those standards and has since been removed. We will continue to investigate this story and will provide updates as warranted.”

Fox News is pushing back in court against the Wheeler claims. You can read a recent motion in the case here:

1. Wheeler Is a Former Police Homicide Detective Who Now Works as a Private Investigator

Wheeler has a background in Washington D.C. law enforcement, but it is a checkered one. The Southern Poverty Law Center says that a 1994 Washington Times article reported that “Wheeler was suspended from the Metro D.C. police force after testing positive for marijuana in a random drug test” but that he claimed he was later “exonerated” because samples were mixed up.”

Buzzfeed reports that, according to police, Wheeler was “employed by the department from 1990 to 1995 and…was ‘dismissed from the agency.'”

According to his LinkedIn Page, Wheeler worked as a homicide detective and investigator with the Metropolitan Police Department in Washington DC for eight years.

Wheeler worked as a detective from January 1990 through January 1998, his LinkedIn page says. He also worked for McDonald’s in corporate security, SPLC reports. 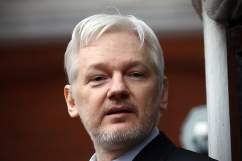 2. Wheeler Is a Fox News Contributor & Donald Trump Supporter Who Has Caused Controversy on the Air

Wheeler has appeared on Fox News as a crime analyst.

His LinkedIn page reports that he has been an on-air contributor to Fox from 2002 to present. One Fox story said of Wheeler: “Former D.C. homicide detective points finger at Obama administration, explains why things will be better with Trump.”

His appearances have not been without controversy.

In one of the most notorious, Wheeler pulled back the corners of his eyes to mimic an Asian person during a debate on racial profiling, reported Advertising Age.

Speaking on a serial rape case, he said, according to Advertising Age, “The police department has made a tremendous investigation and actually narrowed down the suspect as being a Hispanic male. Not a black male, not a Chinese male – with his eyes like this – but a Hispanic male.” Advertising Age reports he “made a gesture pulling back his eyes” while making the comment.

Then there was the time that Wheeler, on Bill O’Reilly’s show, claimed a “national underground network” of “pistol-packing lesbians is terrorizing America,” reports the Southern Poverty Law Center.

The SPLC quoted Wheeler as saying on the show, “Well, you know, there is this national underground network, if you will, Bill, of women that’s lesbians and also some men groups that’s actually recruiting kids as young as 10 years old in a lot of the schools in the communities all across the country. And they actually carry a number of weapons. And they commit a number of crimes.”

SPLC reports that Wheeler is “a member of Jericho City of Praise, a conservative Christian megachurch in Landover, Md., whose leadership publicly advocates against equal rights for gays and lesbians.”

According to SPLC, Wheeler also once touted an endorsement from former White House Press Secretary Tony Snow, whom his website quoted as saying: “We turn to Rod Wheeler to help us better understand and solve some of these terrible crimes in America.” The link to Wheeler’s website now goes to the Capitol Investigations page.

3. A Breitbart Writer Suggested That the Seth Rich Family Work With Wheeler

Seth Rich, a DNC staffer who was murdered in Washington D.C. LinkedIn/Seth Rich

Fox 5 DC reported that Wheeler was a private investigator working for the Rich family and was conducting a “parallel investigation” into the long languishing homicide case.

However, after the report aired on May 15 featuring Wheeler’s accusations about WikiLeaks, the family released a statement that denounced the conspiracy theories into Rich’s death. Rich’s family has said previously that Rich may have died in a robbery, although that hasn’t been proven either. The 27-year-old DNC data analyst was shot to death in the street in 2016 by an unidentified assailant.

The family wrote that Wheeler was paid by a “third party” and contractually obliged not to speak to the press without their approval. Furthermore, the family said they have not seen any evidence referred to in the Fox 5 report.

According to BuzzfeedNews, Fox News contributor Ed Butowsky, “a prominent wealth manager from Dallas and a contributor to Breitbart News who attended President Trump’s inauguration,” put the Seth Rich family in contact with Wheeler.

“They said they didn’t feel they were getting any answers,” Butowsky told Buzzfeed. “The investigation wasn’t going anywhere. I said ‘why don’t you hire a private detective?’ They said they didn’t have any money.” He told Buzzfeed that he “offered to pay for a private investigator, and called Wheeler. There, he said, his involvement ended,” but he added that Wheeler had never billed him.

The Rich family, in a statement published by NBC News, said on May 16 that it has seen “no evidence” and was a “family committed to facts” not “fake evidence.” 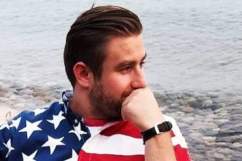 .@rodwheeler: Baltimore's consent decree is taking the handcuffs off criminals and putting them on the police pic.twitter.com/xZEetC6XTr

According to his LinkedIn page, he is the CEO and founder of an organization called The Global Food Defense & Asset Protection Institute, which has existed since 2015.

He also provides training in crime-related topics that range from active shooter response to workplace violence. In addition, he examines “security action plans” for food retailers, food processing and manufacturing facilities, and water supply, according to LinkedIn.

His page says he also trains and educates others “in terrorism and workplace violence recognition and response.”

According to LinkedIn, Wheeler has a bachelor’s degree in criminal justice and criminology from Ohio State University.